On Saturday 25 August, 30 of our Dancers performed at Wembley Stadium during half time of the Rugby League Challenge Cup Final.  We arrived at Wembley that morning not really knowing what to expect and following the strict security arrangements, which included being searched by dogs trained in locating ‘explosives’ the faces of the dancers said it all as we entered the huge and impressive stadium for our rehearsal and sound check – Wow!

During the day we experienced all the wonder and chaos that surrounds organising large scale events, from the crew rooms and the service roads under the stadium to the rehearsals and the performance including using those huge tunnels out onto the pitch and parading around the stadium prior to kick off.  Some of the staff even bumped into Johnny Vegas, well he actually bumped into them, as we walked past all the dressing rooms!  We also had tickets to see the match and the atmosphere in the stadium was electric – I can still hear the roar of the crowds when Catalan Dragons scored their first Try!

I think everyone agreed it was a once in a lifetime experience and such an amazing opportunity for our students to perform at such a prestigious event and venue.  Congratulations to all the dancers who took part – you were exemplary in your behaviour and a credit to the College. 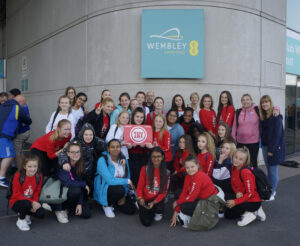 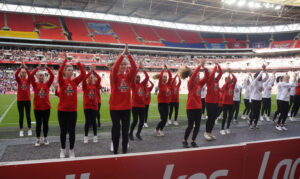